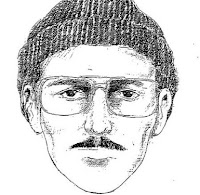 From the Cold War era Gladio that NATO stay-behind organization the purpose of which would be to form the nucleus of a resistance to Soviet occupation of western Europe if indeed Big Red moved west!

Understanding full well also that the Sputnik Internet web site is in all likelihood not a fully independent news outlet.

"A deathbed confession has shed light on the identities of a violent criminal gang who terrorized Belgium in the 1980s. Independent researcher Tom Secker has told Sputnik the group was likely connected to 'Operation Gladio' - a NATO effort that saw secret groups carry out false flag attacks in European countries throughout the Cold War."

"The question as to whether the Gladio network were involved in the Brabant massacres was raised as part of a Belgian parliamentary inquiry, which essentially failed because the security services refused to release the names of the members of SDRA8 and STC/Mob, the two divisions that were part of the stay-behind armies of the previous three decades. Two figures are of particular significance — M. Raes, who would have been in charge of the communications arm of STC/Mob, and Lieutenant Colonel Bernard Legrand, chief of the military secret service and therefore in charge of SDRA8, the arm of the Belgian Gladio group responsible for intelligence, documentation and action — i.e. spying and fighting,"

Brabant Killers their behavior extremely rare at the time in Europe. Motivations never made clear other than violence and criminal action more or less for the thrill? This has never been resolved satisfactorily?

Deathbed confession in this case not from the alleged perpetrator himself but as was related to the brother. In many locales from strictly the legal standpoint a deathbed confession is said to carry great weight during judicial investigation.