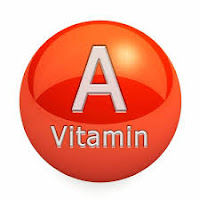 From the online version of the Smithsonian magazine and the tip from Captain Al more on the role of vitamins and sound nutrition during a time of war and the importance thereof to the fighting man.

"Popularized the Myth That Carrots Help You See in the Dark"

"During the 1940 Blitzkrieg, the Luftwaffe often struck under the cover of darkness . . . The Royal Air Force were able to repel the German fighters in part because of the development of a new, secret radar technology. The on-board Airborne Interception Radar (AI), first used by the RAF in 1939, had the ability to pinpoint enemy bombers before they reached the English Channel. But to keep that under wraps . . . by the Ministry [Ministry of Information] provided another reason for their success: carrots."

PRODIGIOUS AMOUNTS OF CARROT AS CONSUMED LEADING TO SUPERIOR NIGHT VISION AND A REASON WHY BRITISH NIGHT-FIGHTER PILOTS ABLE TO SHOOT DOWN GERMAN BOMBERS DURING THE BLITZ?

NO! Vitamin A as consumed maintaining good night vision but not making for SUPERIOR night vision.

See previous blog entries the topic was vitamins and the military dimension: