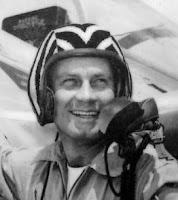 From an article as seen at the Strategy Page Internet web site we have some interesting statistics regarding warplane accidents.

Emphasis not so much as problems with the Soviet era MiG-21 warplane but rather a comparison as to the accident rate of various military aircraft per 100,000 hours of flying time!

SINCE THE TIME OF THE END OF THE SECOND WORLD WAR COMBAT WARPLANES THEIR RELIABILITY MUCH GREATER, ACCIDENTS MUCH LESS.

You need to read it all!

"Combat aircraft have, for decades, been getting more reliable, even as they became more complex."

Consider also the comments of an acknowledged aviation authority regarding the issue:

"The more expensive--and scarce--the military planes [$100 million plus per copy] have become, the fewer hours the pilots fly them, the more the pilots are watched for deviations (unsafe flying, bad personal habits/character that could show a propensity for bad judgment), the tighter the mission requirements (no room for play), and the more carefully the planes are maintained and monitored.  No room for error.  Too expensive and rare to lose."