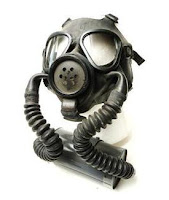 Here with instances of allied personnel exposed to chemical agent [mustard gas] for experimental purposes as was the case during the Second World War [WW2].

From the article by Chuck Raasch as seen in the St. Louis Post-Dispatch  Jun 27, 2017

"Quoting recent public estimates of experiments conducted on more than 2,500 Canadians, 2,500 Australians, 7,000 Britons and 60,000 Americans, Smith [Susan L. Smith, a history professor at Canada’s University of Alberta in Edmonton.] writes: 'These are all likely low estimates due to incomplete records and government restrictions on still-classified military records.'”

Now with the rest of the story. American sailors when enlisting and prior to induction asked if they were willing to volunteer for a special program. VOLUNTEER!

All VOLUNTEERS guaranteed NO OVERSEAS DUTY for the duration of the war.

MEANING NO POSSIBILITY OF COMBAT DUTY!1

VOLUNTEERS not told the nature of the program. Chemical warfare experimentation. VOLUNTEERS all sworn to secrecy.

VOLUNTEERS locked into a gas chamber, told to mask, poison gas then released.

This project for a period of years after the end of WW2 highly [??] classified. INDEED, records STILL classified?