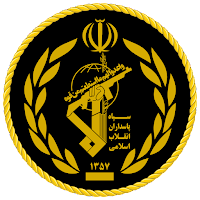 Continuing with extracts from the latest edition of the DEBKAfile newsletter items as copied entirely to a large extent.

The Syrian desert the juncture of Syria, Iraq and Jordan where WW3 might start?

"New US base in S. Syria for tussle over control"

1. "In readiness for a prospective showdown for control of southeast Syria, US Special Forces have set up a forward base at Al-Zukf in the Syrian Desert, DEBKAfile's military and intelligence sources report. The location is 70km northwest of the Syrian-Iraqi-Jordanian border triangle and the Al Tanf crossing, which is controlled by US, Western allied and Jordanian special forces, together with a US-trained Syrian rebel unit, which calls itself the Revolutionary Commando. The overriding goal of the US advance base is to thwart the Syrian, Hizballah and other pro-Iranian forces from gaining control of 300km of the Syrian-Iraqi border and so being able to open up Tehran's coveted direct land bridge to the Mediterranean through Iraq."

2. "The US force is not alone in its bid for control of this strategic area. It is getting pretty crowded. The Syria Army's 4th armored division rolled this week into the southern Syrian town of Daraa close to the Jordanian border and around 330km west of the new Al-Zukf base. The division moved in with high-grade Russian-made T-90 tanks complete with its high command, headed by Bashar Assad's younger brother, Gen. Maher al-Assad."

3.  "Our intelligence sources also reported that, this week, further north, al-Qods chief, Gen. Qassem Soleimani, commander of Iran's Syrian and Iraqi fronts, crossed into Syria from Iraq along with his operations staff. They joined the Palmyra-based command and control of the Syrian force, which is heading out of the town in two columns for two towns - Deir ez-Zor, which is surrounded by Islamic State forces, and Abu Kamal, which is under ISIS control. Elements of Russian elite forces and Hizballah are fighting along with the Syrian troops. The in-gathering of major military forces in this part of Syria is ominous: The deployment of a US forward base in the Syrian Desert, and the arrival of the most senior Iranian and Syrian commanders at the head of elite units augur the approach of a major showdown for control of southeastern Syria and its strategic multiple border assets."

That border crossing point called Al Tanf by the Syrian but Al Waleed by others.