NATO having acknowledged a potential threat to Poland and mandating a response?

Shipping of whatever sort moving to and fro the Vistula/Baltic only able to do so passing THROUGH Russian territory.

A perceived problem and possible solution as ridiculed by the Russian.

1. "NATO Compels Poland to Plow Ahead With Pointless Canal"

From the article in Sputnik by Konstantin Chalabov.

"Polish MPs have voted in favor of a controversial proposal to build a canal across the Baltic (Vistula) Strip to allow the country’s ships to enter the port of Elblag without crossing Russian territorial waters. However, the project is mainly believed to serve NATO’s interests."

"Polish authorities have revived plans to build a canal in order to connect the Baltic Sea with the Vistula Lagoon and, thus, bypass Russia’s stretch of coastline 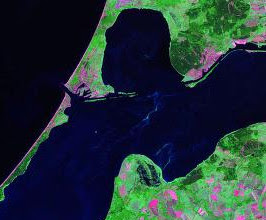 During a time of war or crisis NATO and Polish naval and merchant vessels being potentially denied passage through the existing canal. This is a matter of importance to NATO military planners?

All this is about Admiralty Law and what is called Innocent Passage? Denial of Innocent Passage might be construed as an Act of War for which a NATO reaction will be obligatory?