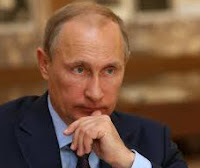 From a variety of sources the topic memorials to the Soviet Red Army from the era of the Second World War and the dismantling of same a hot button item in some quarters!

1.  "Why Soviet monuments should be protected"

"One person has been killed and dozens injured in a clash over a disputed Soviet war memorial in Estonia. Moscow is furious about government plans to move the statue of a Red Army soldier and has threatened 'serious steps.'"

WE NEED TO BE 100 % ABSOLUTELY CLEAR HERE. MEMORIALS AND GRAVES NOT NECESSARILY DESTROYED AND OBLITERATED! MOVED IN MOST CASES TO OTHER LOCATIONS LESS CONSPICUOUS! UNOBTRUSIVE!

RUSSIAN ANGER MISPLACED THE REACTION NOT HELPFUL!! AND MAKE NO MISTAKE ABOUT IT, THESE STATUES, MEMORIALS, ETC., IN SOME PARTS OF EASTERN EUROPE SEEN AS EVEN OFFENSIVE!