Finally from the latest edition of the DEBKAfile newsletter:

Israeli Air Force [IAF] active in combat in the skies over Lebanon, the targets in Syria!

"Arab media carried conflicting reports which described Israeli warplanes striking in and around Damascus overnight Tuesday, Nov. 29, with "four long-range Popeye" missiles fired from Lebanese air space on the government-held town of Al-Saboorah, a western suburb of Damascus, near the highway to Beirut. A Lebanese newspaper reported that a Syrian army ammunition depot was destroyed in one of the raids, while other strikes hit and damaged a Hizballah arms convoy bound for Lebanon on the Damascus-Beirut Highway. There was also speculation, later denied, that one of the air strikes aimed at assassinating a senior Hizballah figure. None of these reports were confirmed by Israel or any other official source . . . If the Arab media reporting on Israeli air attacks on Syrian military and Hizballah targets in Damascus from Lebanese air space are confirmed, [Israel is] . . . opting . . . for an independent policy in its own security interests with regard to Syria." 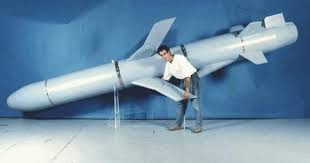 Israeli Popeye. Is nuclear/conventional warhead capable? Can be dropped from an aircraft or fired from a submarine?

"The Israeli Air Force is reported by Arab media to have launched attacks overnight Tuesday on a Syrian army position in Damascus and a Hizballah arms convoy driving on the Damascus-Beirut highway to Lebanon. They add that the strikes were carried out by Israeli planes from Lebanese air space. A third Israel air strike was said to have been conducted on a Hizballah position in the vicinity of that highway. There is no confirmation of these Arab media reports."

"Israeli warplanes carried out an airstrike on Syrian territory in the predawn hours of Wednesday morning using two missiles fired from Lebanese airspace, a Syrian military source told Syria's state-run Sana news agency on Wednesday. The missiles exploded in the area of Al-Saboorah in Damascus but there were no casualties, according to the source."

These attacks the goal to destroy Hezbollah assets in Syria? Popeye as launched from Israeli warplanes operating in the sky over Lebanon not violating Syrian airspace. The possibility of engagements with Russian aircraft greatly diminished by such tactics?