Here with some images of micro-drones! Swarms of such micro-drones able to be reproduced by 3D printing on a massive scale and with the potentiality as a weapon of war.

Swarms of micro-drones on the attack the numbers of which awesome and overwhelming.. Locust-like and a plague of Biblical proportions, MICRO-DRONES IN MANY CASES EVEN HAVING THE APPEARANCE OF AN INSECT!! 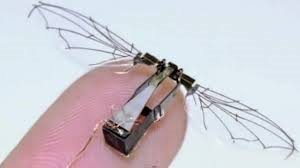 That is the finger tip of a person for the sake of scale!

Micro-drone with a quarter [American currency] as the background for the sake of scale. That quarter the diameter is 0.955 inches [24.26 mm]. 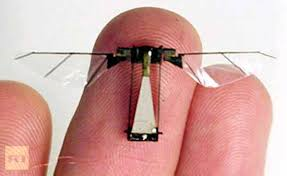 Once more the finger tip of a human juxtaposed with a micro-drone for a sense of scale purpose.

I cannot tell if this a real insect or a man-made micro-drone! Resembles that type of biting insect in the natural world a spreader of disease in a variety of manifestations. 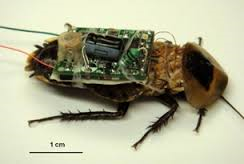 A cyborg. Cyber-organism. A real live beetle with the back-pack of electronics and remotely controlled. This particular specimen not autonomous however, apparently tethered to a control mechanism. Tethered at least for now. Note the marker on one centimeter for scale purposes.

Micro-drones in the manner of a "biting insect" as a delivery system carrying biological agents and  able to induce sickness or disease in an individual fatal or otherwise? Biological warfare vectors as deemed?  One application alone?