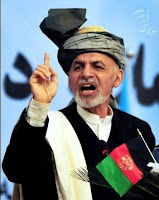 "Prisoners of war [PoW] in earlier centuries, especially officers, could be given temporary or permanent freedom in return for various conditions: A parole"

As has not been the case in over one-hundred years?

Thanks to Bobby and his web site we have this item of interest. As proposed an instance of military parole. and within the dimension of the ongoing Afghan conflict.

“An unnamed member of the Taliban’s leadership council…accused the government of acting in bad faith, saying it only planned to release ‘those prisoners who are elderly, very ill, or those whose sentences have expired.”

See previous blog entries here and here the proposed peace settlement in Afghan. The main sticking point at this instant the exchange of prisoner-of-war.

MILITARY PAROLE IN THE ANCIENT AND VENERABLE MANNER. PoW RELEASED CONTINGENT ON AGREEMENT THAT INDIVIDUAL[S] AS RELEASED NOT RETURNING TO COMBAT OR A MILITARY ROLE OF ANY SORT!!

See an interesting discussion of military parole. The "ancient and venerable" system non-existent in the modern military world but with rare occasions.

"When did the parole of prisoners of war become unacceptable?"

"The same system was tried for use by Chechens in the first year of the first Russian-Chechen war (1995-98). But then it didn't work. The fact of 'word' was irrelevant to the contemporary Russian state machine."

Solemn declarations and promises must be kept. For the good of all. Under what is perceived to be duress however prevarication often the result with tons of bad feeling to go around.

"pre-var-i-ca-tion - - n. The act of prevaricating or deviating, especially from truth, honesty, or plain-dealing; evasion of truth or duty; quibbling or shuffling in words or conduct."