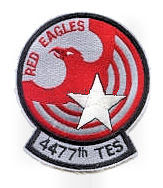 Before there was TOP GUN and RED STAR there was Have Doughnut.

Hardly the mission of Area 51 strictly to the research and development of top-of-the-line military warplanes representing state-of-the-art cutting-edge technology.

HAVE DOUGHNUT THE EVALUATION OF A SOVIET MiG-21 FIGHTER-WARPLANE ACQUIRED THROUGH SURREPTITIOUS MEANS.

"Have Doughnut was the name of a Defense Intelligence Agency [DIA] project whose purpose was to evaluate and exploit a MiG-21 'Fishbed-E' that the United States Air Force acquired in 1967 from Israel. Israel acquired the aircraft as the result of its Operation Diamond"

See the wiki entry for all the details.

"In this multi-service project, Air Force and United States Navy pilots evaluated the MiG-21, re-designated as the 'YF-110', in a variety of situations. The project's name came from the 'doughnut' shaped sight reticle on the F-4 Phantom's canopy used to aim at opposing aircraft. The inability of the Navy to disseminate the results of this highly classified project to combat pilots was part of the impetus to create the United States Navy Fighter Weapons School (TOPGUN). The HAVE DOUGHNUT tests were conducted at Area 51. A similar project occurred a year later known as HAVE DRILL, which used a MiG-17 Fresco acquired in the same manner."