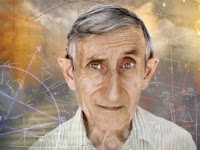 From a much earlier isegoria.net blog entry the subject the firestorm.

An aspect of World War Two saturation bombing and attack by incendiary munitions producing destruction of an apocalyptic scale.

As recalled by the most eminent scientist Freeman Dyson.

"From Freeman Dyson’s description, the firestorms caused by strategic bombing were essentially 'lucky' — from the bombers’ perspective"

"For a week after I arrived at the ORS [Operational Research Section], the attacks on Hamburg continued. The second, on July 27, raised a firestorm that devastated the central part of the city and killed about 40,000 people. We [British] succeeded in raising firestorms only twice, once in Hamburg and once more in Dresden in 1945"

FIRESTORM AS CREATED BY THE INCENDIARY BOMBING TO TOKYO IN WW2 PRODUCING THE ONLY SUCH EVENT IN THE PACIFIC THEATER. CASUALTIES GREATER THAN DRESDEN AND HAMBURG COMBINED?

Devoted readers to the blog are invited and encouraged to read the entire isegoria.net article.

Also see the previous blog entry, firestorm in peace-time, forest fire fighting the closest you can get to mortal combat without an adversary shooting at you: