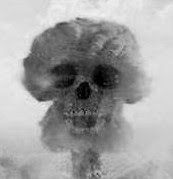 Finally and I hope this report is true. If so a great relief and should not be considered as less!

A topic of major proportions and danger to all of us, now mitigated, even solved?

"US Nukes Reportedly Delivered To Poland"

GONE FROM THE INCIRLIK AIR BASE [TURKEY] AND SENT TO OTHER CONSTITUENT NATIONS COMPRISING NATO!

Thanks to the article by Tyler Durden at the Internet web site Zero Hedge the original story: Rod Renny via TheDuran.com

"The media [Turkish?] informed that five C-17A Globemasters III arrived to Incerlik AB from Ramstein Air Base and took the whole bulk of nukes out to Germany, Poland and one of the Baltic States."

POSSIBILITY OF AMERICAN NUCLEAR WEAPONS COMPROMISED IN WHATEVER SHAPE/MANNER/FORM ELIMINATED BY AN AIRLIFT? SO IT SEEMS!