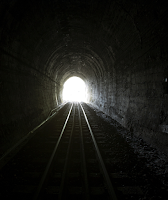 From darkness into the light?

Here begins a series of blog entries material as gleaned from the graphic history: "Area 51: The Graphic History of America's Most Secret Military Installation" by Dwight Zimmerman; everything you always wanted to know about the famous/infamous [depending on your perspective] Area 51.

TOP SECRET area the Nevada USA desert. USA Government facility as used for the research and development of high-performance technologically advanced cutting-edge aircraft, having an intelligence/reconnaissance role. Area 51 in addition also much more.

"Area 51 is the common name of a highly classified United States Air Force (USAF) facility located within the Nevada Test and Training Range . . . Details of the facility's operations are not publicly known, but the USAF says that it is an open training range, and it most likely supports the development and testing of experimental aircraft and weapons systems"

Those most famous aircraft as developed and tested at Area 51 to include:

"The Lockheed U-2, nicknamed 'Dragon Lady' [referred to by the Soviets as the 'Black Lady' of espionage], is an American single-jet engine, ultra-high altitude reconnaissance aircraft operated by the United States Air Force (USAF) and previously flown by the Central Intelligence Agency (CIA). It provides day and night, high-altitude (70,000 feet; 21,000 m), all-weather intelligence gathering."

U-2 STILL FLYING [FIRST OPERATIONAL FLIGHT IN 1955] AND PERFORMING YEOMAN DUTY. READ HERE THE LATEST AND GREATEST INCARNATION OF THE U-2.

INTELLIGENCE/SURVEILLANCE/RECONNAISSANCE [ISR] MISSIONS AS ALWAYS THE TASK OF THE U-2 PERFORMED NOBLY.

SR-71 REMOVED FROM SERVICE SOME TIME AGO NOW. VERY EXPENSIVE TO OPERATE, CAPABILITY HOWEVER UNMATCHED EVEN UNTO THIS DAY AND MAYBE NEVER TO BE EXCEEDED BY ANOTHER "AIR-BREATHING" AIRCRAFT.

Stealth warplane. Combat mission and not an ISR aircraft.

Consider also other aspects of Area 51.The facility famous/infamous among conspiracy theorists.

"WE NEVER WENT TO THE MOON!"

AN ADDITIONAL AREA 51 AND AREA 52 CONSPIRACY THEORY. UNDERGROUND TUNNEL OF CONTINENTAL DIMENSIONS FROM CALIFORNIA TO OHIO [2,000 miles or 3,200 kilometers]. FACILITATING  THE MOVEMENT OF IMPEDIMENTA AND REMAINS OF EXTRA-TERRESTRIALS.

DAMAGED/DISABLED/CRASHED/RECOVERED/BROUGHT-TO-EARTH ALIEN SPACE SHIPS AND THE REMAINS OF OCCUPANTS AS STUDIED AND REVERSE ENGINEERED TO DEVELOP LITERALLY OUT-OF-THIS-WORLD TECHNOLOGY AS USED BY THE AMERICAN MILITARY.

The devoted reader to the blog must take it all from there. To be continued!