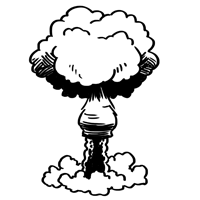 Courtesy of War is Boring and the tip from Freeper we have a relatively unknown aspect of the Cold War made much more clear.

"How the Korean War Prevented a Nuclear World War III"

Stalin having made the decision to destroy the communist [and allegedly friendly] regime of Tito BUT FORESTALLED BY THE RAPID AND UNEXPECTED AMERICAN AND ALLIED RESPONSE IN KOREA:

"The rapid Western response to the invasion of South Korea startled Stalin. 'If America would commit two divisions at once,' . . . 'And eventually more than a half-dozen, to save South Korea, what might it do to rescue the strategically vital Tito?'”

STALIN AWARE OF AND AFRAID OF AN AMERICAN NUCLEAR RESPONSE TO A SOVIET INVASION OF YUGOSLAVIA! 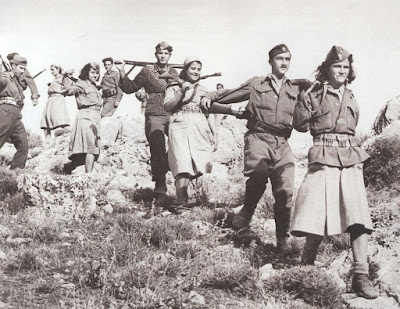 As is taken from the War is Boring web site, this image shows Greek communist ELAS insurrectionists in the aftermath of the Second World War having incorporated women into their fighting units? Or is this a carefully posed picture for propaganda purposes? This aspect of the Greek Civil War I am unfamiliar with.

ELAS partisans were way ahead of their time? Women integrated into insurrectionist fighting units rather common now, but not in 1945!