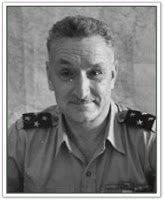 "That was really interesting. I did not know that the US was faced with such highly trained opposition. In the movies it looks like the VC is 100% rice farmers. It is interesting to see that they had their share of warriors."

Brandon referring to communist sapper units from that era of the First and Second Indo-China War as has been the subject of previous blog entries that can be seen here and here.

The superior performance of the communist forces both during the First and Second Indo-China War hardly confined to the sapper units and their missions.

During that era of the First Indo-China War the Vietminh radio intercept/monitoring/listening service also very good.

In a manner unanticipated and probably a big surprise to the French!

Vietminh radio intercept/monitoring/listening units with a first-rate ability to produce military intelligence as derived from the intercept and analysis of French [First Indo-China War] radio communications.

As it was for the French at the Battle of Cao Bằng, 1950. French overland relief columns en route to the besieged French garrison at Cao Bằng ambushed and nearly annihilated. DESCRIBED BY BERNARD FALL AS THE WORST FRENCH COLONIAL MILITARY DEFEAT IN ALMOST TWO HUNDRED YEARS. [General Carpentier commanding the French contingents, that is his image accompanying this blog entry.]

Thanks to Google translate read the French account of : "The Battle of Cao Bang and RC4: October 1950"

Defeat at Cao Bằng in large measure due to French radio insecurity and a callous use of the communications spectrum. ALL EXPLOITED BY THE VIETMINH!

Read further regarding Cao Bằng and the Vietminh use of action-able operational intelligence as derived from intercept of French radio communications:

"The French Secret Services: A History of French Intelligence from the Dreyfus ..." By Douglas Porch.

"But if the disaster at Cao Bằng exposed glaring French intelligence deficiencies, the battle was a turning point for the Vietminh, not the least from an intelligence perspective. Cao Bằng was the first time the Vietminh employed their still-primitive cryptanalytic and listening services in an 'operational' situation. . . . two-thirds of Vietminh intelligence came from radio intercepts in that battle. The rebels [Vietminh] were able to eavesdrop on French messages announcing the arrival of reinforcements, munitions, liaisons between units, orders from commanders to subordinates, in short, to anticipate French moves as they groped their [French] way through the jungle. Messages broadcast in the clear, 'intelligence the French believed without value,' could be exploited immediately, those in mixed code and clear with little delay, and even some completely enciphered messages fell to the apprentice Vietminh cryptanalysts. They also carefully built up tables of French frequencies and transmission times, a basic but useful technique. Giap realized that radio intercepts provided fresh intelligence more rapidly than agents."

That attitude of the French possibly that the Vietminh either DID NOT HAVE A RADIO INTERCEPT/MONITORING/LISTENING SERVICE OR AN INEFFECTUAL ONE AT BEST!!

Obviously this not being the case and much to the disadvantage of the French!!