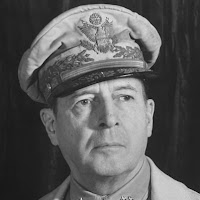 This is a coolbert:
From seventy years ago history repeats itself? Not in a bad way I hope.
Thanks to Twitter from only several days ago:
"Donald J. Trump @realDonaldTrump · Oct 7 We should have the small remaining number of our BRAVE Men and Women serving in Afghanistan home by Christmas!"
And as it was seventy years ago during the Korean War:
"If everything goes according to plan, some of the boys might be home for Christmas - - D. Mac Arthur.
IF. EVERYTHING. SOME. MIGHT BE! QUALIFIERS BY THE SCORE!
Of course it was not to be and the Chinese Communist Korean War Offensive Phase Two of 1950 saw to that.
THAT STATEMENT OF MAC ARTHUR PREDICATED ON THE ASSUMPTION CHINESE COMMUNIST TROOPS WOULD NOT INTERVENE IN KOREA IN SUCH A MASSIVE MANNER  AS THEY DID!
Read here however of a Korean War miracle that did occur. Evacuation of Korean civilians from the port of Hungnam Christmas Eve and Christmas Day 1950! Indeed a miracle.
The United States and Great Britain the only [?] two nations in the history of warfare able to conduct successfully a REVERSE amphibious operation under pressure.
AND HOORAY FOR THAT!
coolbert.
Posted by Albert E. at 12:25 PM