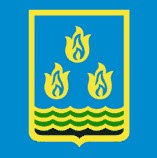 "I can confirm that, according to our data, 300 militants have left Syria to arrive in Baku via Gaziantep. These militants have been identified, they are members of a jihadist group that is operating near Aleppo" - - President Macron.

THE PROXIES OF FOREIGN INTERVENTIONISTS IN THE SYRIAN CIVIL WAR ONCE MORE INVOLVED IN COMBAT FAR FROM SYRIA?

From the Russian Internet media Sputnik:

"Earlier, the Turkish government rejected allegations of mercenaries from Syria being present in the Karabakh region, where Armenian and Azerbaijani forces have engaged in intense fighting for several days already."

"300 Syrian militants have been sent to Baku via the Turkish city of Gaziantep to fight in Karabakh, French President Emmanuel Macron said at the EU summit on Friday.

Proxies as resembling the Three-hundred Spartans I doubt.

Turkish proxies combat-experienced from the Syrian Civil War yet one more time as foreign mercenaries/interventionists in a conflict beyond the Syrian borders.

See this item from earlier this year the presence of  Turkish proxies in the Libyan Civil War.

The OTTOMAN EMPIRE resurrected? The devoted reader to the blog will have to decide.