Obstacle course Russian Spetsnaz! Honestly, this is the sort of thing that during the days of the old Soviet Union which would have been classified TOP SECRET! No photographs allowed!

Thanks to the Internet web site English/Russian.

"At first scouts had to underpass an airborne landing and then run for fifteen kilometers (10 miles).  But the most tricky part is the last mile of this trip. It’s called 'scouts path' and is an obstacle course that not anyone is able to pass."

ACCORDING TO THE SOVIET ERA DEFECTOR SUVOROV ONLY TEN RECRUITS OUT OF AN INTAKE OF TEN-THOUSAND WORTHY OF BECOMING A "SCOUT". 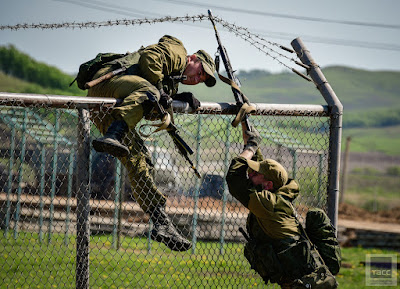 Over a fence as might be used to guard a NATO installation of some sort. Team effort stressed. Fences I might imagine guarding important NATO facilities considerably more robust. 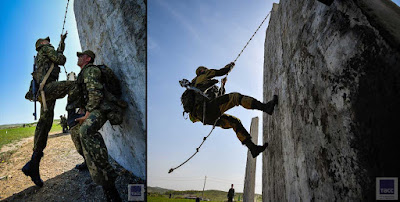 Surmounting a wall of considerable height. Using a knotted rope to do so. 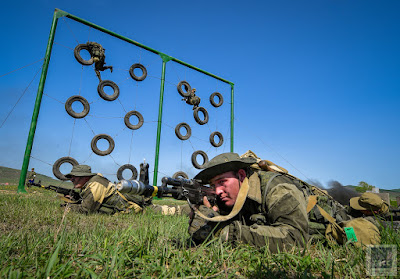 An obstacle consisting or rubber tires wired together. Climb over the top and then back down. Tires swaying as the soldier uses for support. Looks hard. 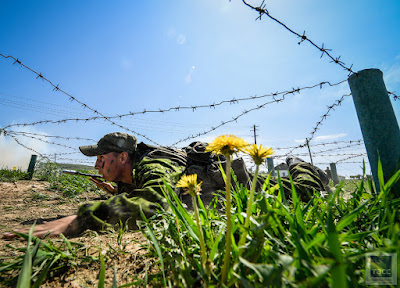 Crawl under the tangle-foot barbed wire a goodly distance. Keep low and do not get caught on the wire. 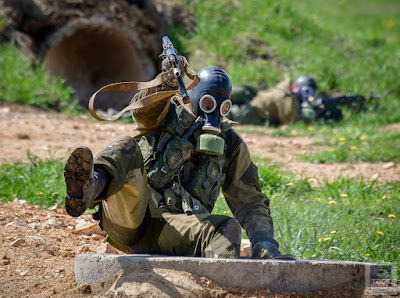 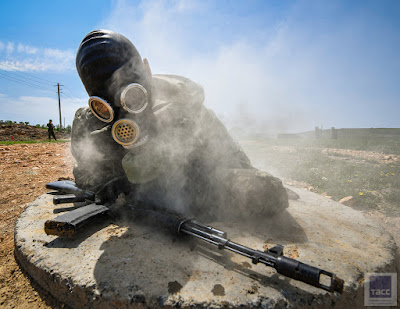 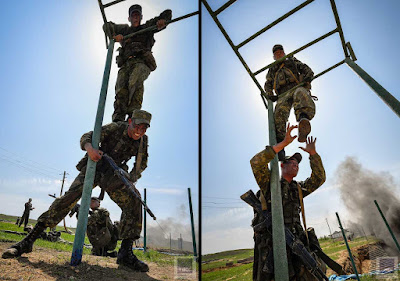 Get up to the top of a horizontal ladder using a buddy system. Then cross that ladder under your own power.