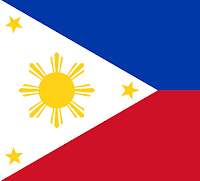 From the latest edition of the Wall Street Journal and the article by Jake Maxwell Watts.

"The alleged sinking of a Philippine fishing boat by a Chinese vessel has emerged as the biggest test yet of President Rodrigo Duterte's pivot to China, as his decision not to push Beijing over the incident prompts condemnation from critics who say he is selling out his country's sovereignty for economic gain."

Duterte has chosen a policy in the South China Sea of go-it-alone. No aid or assistance of a bilateral nature with the Americans.

Hope go-it-alone goes well. You have to ask if it has.