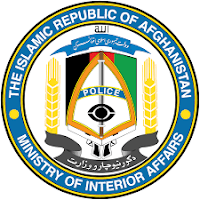 Again from the New York Times and the article by Thomas Gibbons-Neff, Taimoor Shah, Najim Rahim.

"On the Front Lines of the 17-Year War in Afghanistan"

More correctly on the front lines during the American involvement in Afghanistan since 9/11.

"KABUL - - Afghanistan - - The war in Afghanistan has rage for nearly 18 years, cost billions of dollars, shattered countless families and consumed the administrations of three American presidents. But it has taken a particularly heavy toll on Afghan troops and police officers, 45000 of whom have been killed in the past years of fighting alone."

The U.S. government for the last eight months in negotiation with the Taliban, seeking an amicable and agreed upon solution to the conflict, final withdrawal of all USA forces from Afghan to be accomplished.

Here with anecdotal accounts from various Afghan military and police sources, in particular with regard to the negotiations:

* "I wonder what kind of peace talks these are"

"I am not optimistic. the American forces are preparing to leave Afghanistan and the Taliban see the potential to take over Afghanistan from the current government."

* "Our soldiers get attacked two or three times every day and we lose our friends in these attacks. I wonder what kind of peace talks are these . . . the ongoing peace talks have a very bad effect on the morale of our soldiers"

* "To achieve peace, you always need to be powerful. The Taliban are using these peace talks just for getting more power. They have intensified their attacks on the battlefield."

IT DOES NOT SOUND GOOD! Pessimism abounds!