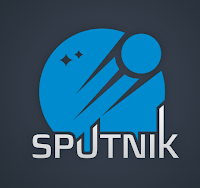 From the latest edition of the DEBKAfile news letter:

A freedom of the press issue?

"The UK Foreign Office refused accreditation to RT and Sputnik to attend a media freedom conference in London, accusing them of an 'active role in spreading disinformation.' The Russian Embassy complained to the Foreign Office, accusing the UK of a 'months-long smear campaign' against RT, which said in a statement: 'It takes a particular brand of hypocrisy to advocate for freedom of press while banning inconvenient voices and slandering alternative media.'"

Often I extract material for blog entries the source is Russian Times [?] and Sputnik. To what extent these Russian Internet media outlets are controlled either totally or even partially by the Russian government I cannot say.

Stories as found at RT and Sputnik having a degree of validity but nonetheless part of a Soviet-style agitprop operation on behalf of the Russian government?

RT AND SPUTNIK NOT LEGITIMATE A JOURNALISTIC EFFORT?

I would be remiss not to mention that noted blogger Spengler has rated the DEBKAfile totally unreliable under all circumstances. So there!