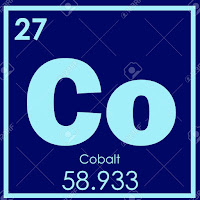 "if someone really wanted to risk the extinction of humanity, starting a C-bomb [cobalt bomb] arms race is arguably one of the most promising strategies."

Further regarding the near disaster of the Russian AS-12 Losharik submarine. Thanks in this instance to Russian Insider.

"Just What Was That Stricken Russian Submarine Carrying?"

THE SUPER-WEAPON THAT CAN ERADICATE ALL MANKIND?

"Among other reports we've seen (not verified so grain of salt) is that seven of the dead were captains, meaning whatever they were up to was pretty important."

Read the entire wiki entry for the cobalt bomb. This was an atomic weapon with radiological significance as used to scare the public during the era of the 1950's especially. Nuclear war was not probably going to happen but could/would eradicate mankind forever.