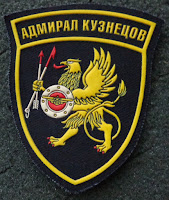 "have egg on face - - To be suffering embarrassment as a result of some public failure or faux pas."

"Four workers were injured and one is missing as Russia’s largest floating dock quickly went underwater. Its tower crane fell 15 meters, crashing on the country’s only aircraft carrier and piercing a hole in its hull."

Kuznetsov to the bottom! But only indirectly so!

This is the type of  event if having occurred during the Cold War would have classified by the Soviets as a state secret TOP SECRET and known only to a few. In the old Soviet Union planes did not fall out of the sky, ships did not sink, trains die not collide, cars did not run into one another. Those sorts of things only occurred in capitalist nations such as the USA.

The Soviet battleship Novorossiysk having spontaneously exploded while in port, docked, sunk, a mystery never solved

AND A STATE SECRET FOR THIRTY-FIVE YEARS AFTERWARD.

And in the old Soviet Union, heavy-lift rockets never blew up four times in a row, dooming the Red moonshot.