Some images from a World War One re-enactment. The Great War one-hundred years later from the American perspective. Soldiers of various nations demonstrating the uniforms, weapons, tactics of that era.

Without further ado to the images: 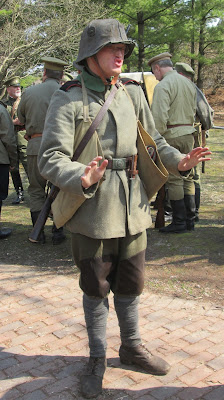 A German soldier gesticulates fervently while speaking to a reporter. Gott mit uns!! 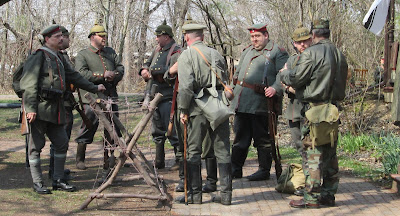 Evidence of time travel in the year 1914? That man on the far right is wearing a camouflage uniform as might have been worn by a soldier of one-hundred years later!! 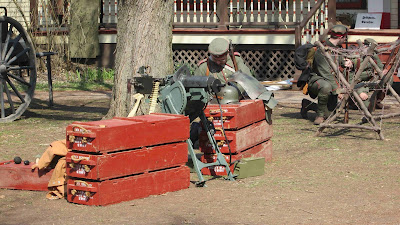 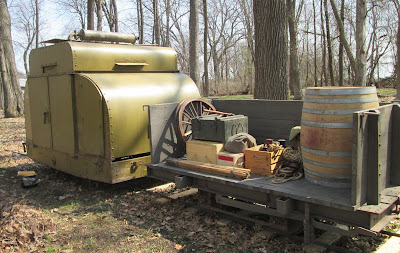 General Pershing himself in full regalia. Four stars, sword, spurs. A fine figure of a man. 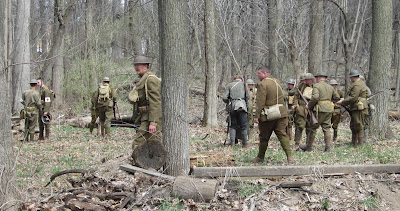 American troops in the Argonne prepare for a patrol. 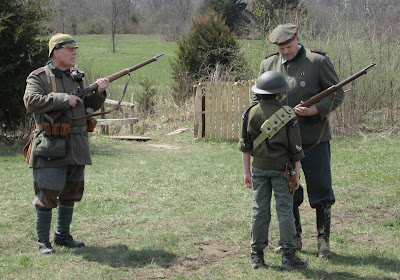 The brutal Hun interrogates a captured Canadian soldier. The latter not having been properly disarmed. Poor form. 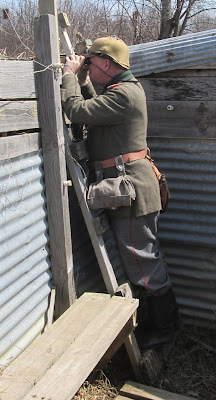 A German officer in a length of trench observes the Scottish adversary prior to the advance of the latter. 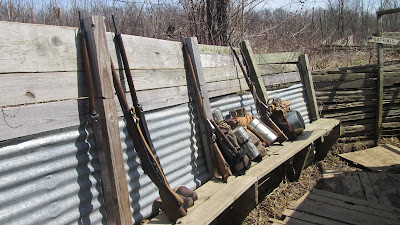 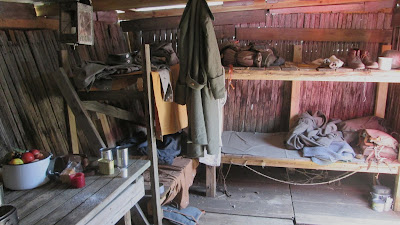 The inside of a dug-out. Accommodations for eating and sleeping. All the comforts of home. 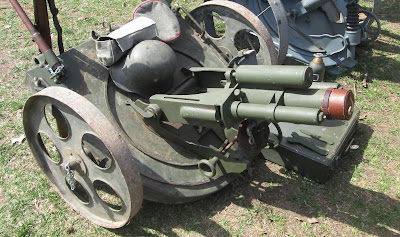 A German trench mortar of 7.58 cm. bore. I would like to own one of these!

Re-enactment well done and almost professionally so. Congratulations to everyone and job well done!!