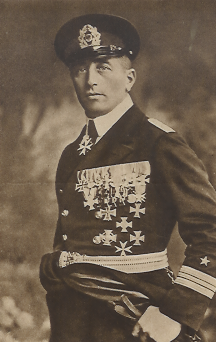 "Felix von Luckner, a German war hero . . . a German nobleman, navy officer, author and noted sailor who earned the epithet Der Seeteufel (the Sea-Devil) . . . for his exploits in command of the sailing commerce raider SMS Seeadler (Sea Eagle) in 1916-1917"

MOST [?] remembered for his "waging war" without resulting to violence!! Was in the habit of not harming anyone and taking great pains [?] not to do so!!

Born into German nobility, a graf [count]. NOT - - as a young man - - as a teenager - - taking advantage of his high-born station, but rather, embarking upon "adventures", all beginning at the age of thirteen!

"for seven years [beginning at age 13] followed a bewildering array of occupations":

Returning home after a period of "adventure" to lead a more moderate and sedate life:

During the Great War [WW1] was appointed to command the German surface raider Seeadler! A command he carried out most successfully, with panache'! Commanding the Seeadler, he being chosen as: "virtually the only officer in the German Navy with extensive experience of large sailing ships"

2. Sterling Hayden. Served during WW2 under the nom de guerre of Lt. Hamilton. 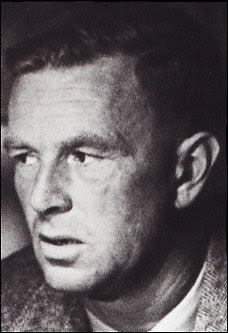 Lt. Hamilton - - OSS. Better known to the world as Sterling Hayden. The Hollywood actor. And a member of the American clandestine secret service during World War Two.

Hayden, like Luckner, during his teenage years, also led a life of "adventure".

In particular, Lt. Hamilton, the skipper of an antiquated craft, a sailing vessel, [with auxiliary engine] making numerous dangerous missions in the Adriatic, in furtherance of the allied cause [WW2]. Clandestine operations for which a ship of sail was more than adequate, perhaps even to be preferred!

"The trip was 150 [miles] due north from Bari [Italy] to the island of Vis [Yugoslavia] . . . and was made in fishing boats and small schooners in an overnight run from Bari . . . Hayden was an experienced seaman who had spent nearly a dozen years sailing out of New England on various vessels . . ."

"Hayden, along with [others] . . . ran Operation “Audrey,” whose mission was to ferry supplies to anti-fascist partisans and retrieve rescued Allied airman . . . Hayden sailed his old 50-foot sailboat with a diesel engine at night and though storm-tossed waters . . . making ten successful trips back and forth across the Adriatic, taking supplies and often returning with downed airmen"

Both men - - von Luckner and Hayden - - unconventional warriors at sea, and ideally suit for the task - - primarily as the result of life experiences!