"He was an excellent student, never forgot a procedure I showed him or anything I told him." - - Jerry Taylor, USMC flight instructor.

Here are three men who stood tall during the Second World War [WW2]. All three men aviators, much in the same class as Gene Autry, Jackie Coogan, or Ed Mc Mahon. When their country called, these men responded.

One man a world class celebrity. A second, on the verge of stardom, and a third to whom great honor and fame was in the future, but not that far off!! 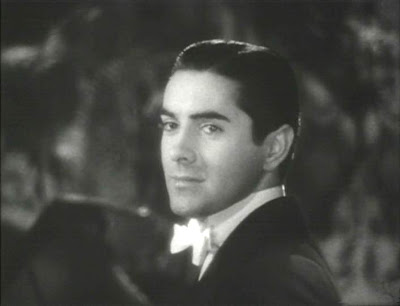 "Tyrone Edmund Power, Jr. . . . an American film and stage actor
who appeared in dozens of films from the 1930s to the 1950s, often
in swashbuckler roles or romantic leads"

"In August 1942, he enlisted in the Marine Corps. He attended boot
camp . . . and then attended Officer's Candidate School at Marine
Corps Base Quantico, where he was commissioned a Second Lieutenant"

". . . Because he had already logged 180 solo hours as a pilot
prior to enlisting in the Marine Corps, Tyrone Power was able to
go though a short, intense flight training program at Naval Air
Station Corpus Christi, Texas, where he earned his wings and was
promoted to First Lieutenant . . . He flew cargo and wounded
Marines during the Battle of Iwo Jima and the Battle of Okinawa"

Locke, prior to the start of WW2, was at the height of his game and poised to make the U.S. tour with great promise. A promise cut short in 1939.

"His golf career was interrupted by service in the South African Air Force during World War II."

"His career was interrupted by World War II, during which he served in the South African Air Force"

"officially with the S.A.A.F. , encompassing his [Locke] entire record as a trainee/pupil pilot, instructor pilot within South Africa plus short foreign posting. His official records lodged with the South African Records Office in Pretoria, in fact . . . record 1162 hours [flying time] gross total" NOT however in a combat capacity!

That SAAF during WW2 seeing duty on a variety of fronts and doing so with panache'. Recall that during the Warsaw Uprising [1944], of all the allied air forces attempting to drop supplies to the Polish Home Army, ONLY the South Africans were successful. South Africans are not in the habit of shirking their duty, and SUCCEEDING WHEN THEY DO PERFORM THEIR DUTY!!

"Five years in the South African Air Force changed him from a 120-pounder to a heavy-jowled 180 [lbs.]" 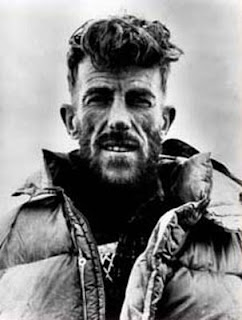 With Tenzing Norgay, being the first to reach the summit of Mt. Everest. And in the aftermath of Everest, an "ambassador" for New Zealand of the first magnitude. It is safe to say that Hillary was New Zealand and New Zealand is Hillary?? And before Everest, a military aviator!

"Upon the outbreak of World War II Hillary applied to join the air force, but withdrew the application before it was considered because he was 'harassed by [his] religious conscience'."

"Following the introduction of conscription on the outbreak of war in the Pacific, in 1943 Hillary joined the RNZAF as a navigator and served on Catalina flying boats."

Three men who were men when it counted! Stood tall and proud.

RE
Comments on Military Analysis: Heroes!
http://militaryanalysis.blogspot.com/feeds/2591415304268893802/comments/default
The War Record of Bobby Locke the famous golfer has been very carefully and independently researched and a complete, validated, report is to hand.

Your claims on his behalf as a bomber pilot with 2000 hours - 250 sorties is misguided, mistaken and grossly inaccurate. Please let me know whether you are interested in receiving the truthful account. In fact Bobby Locke did not fly even one bombing mission. He joined Number 31 Liberator Bomber Squadron, S.A.A.F. at Fogia Station, Italy, three days after V.E.day (war in Europe ended) as a co-pilot and spent the few following months, after the war in Europe had ended, helping to ferry men and materials from Italy to Egypt for repatriation to South Africa.

I would be interested to know the source of your information and grateful for the details so that I can trace them and give your informants the truthful account. Bobby Locke, himself, claims 1800 flying hours in his autobiography. "Bobby Locke on Golf" and even that is at variance with what he claims officially with the S.A.A.F. , encompassing his entire record as a trainee/pupil pilot, instructor pilot within South Africa plus short foreign posting. His official records lodged with the South African Records Office ion Pretoria, in fact, only record 1162 hours gross total . He makes up, in his own hand-writing, without details, a total of 1700 hours for his entire flying career. The extra 538 hours have NOT been acknowledged as correct and seem to have been accepted "in good faith" on his signature to a nice, round figure.

I really would like a reply to this Email as it seems very wrong to compare Bobby Locke
(Three Service Decorations:- "Italy Star" , "1939-45 War Medal" and "Africa Service Medal" - signifying an undistinguished record)
with Guy Gibson VC, DSO, DFC.

I do hope that the revelations I am providing and am in a firm position to confirm do not upset you too much and I apologise if you if my message embarrasses you , having relied on invalid data from whatever sources provided them to you. I am, naturally, willing to assist you in getting your record straight.

For Alfred Pratt: NO problem with your comment at all, indeed, this is the type of thing I hope for and invite. The more the better actually. It should be noted that Locke was hardly a slouch as a pilot with a lot of flying hours as trainee/pupil/instructor, etc. And foreign service was limited a sparse and post-war but the man did his bit.

For Alfred Pratt: Please contact me at my gmail address alberte60440@gmail.com Thanks.

I see that you have not posted the copy of the S.A.A.F. official service record I sent yesterday.

Of course I will welcome a contact with you by Email but the further facts I sent are perfectly accurate.

For Mr. Pratt: Actually sir, I posted your entire comment in a blog entry for 24 December. Go see for yourself sir. Again sir, please contact me at my gmailaddress: alberte60440@gmail.com

Thank you very much indeed for posting my comments and making the corrections necessary for the War record of the famous golfer, Bobby Locke.

You have acted perfectly correctly, for which I am pleased and grateful.