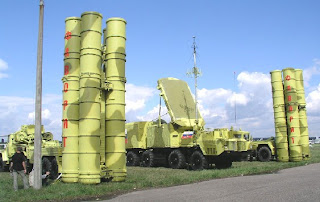 This military move by the Russians will come as a surprise to some?

"Russia has placed an anti-missile defence system close to its border with North Korea, in an apparent sign of growing alarm in Moscow at Pyongyang's nuclear programme."

"The system, stationed in Russia's far east, would 'guarantee' fragments from an errant North Korean missile would not fall on Russian territory"

EVEN THE RUSSIAN IS SCARED OF COMRADE KIM AND HIS MISSILE TESTS. Is right now deploying the SA-21 "Growler" anti-aircraft surface-air-missile [SAM] system close to the Russian border with North Korea. To intercept and shoot-down and errant North Korea missile gone awry, off-course, threatening Russian territory and population.

The SA-21 does have anti-ballistic missile capability. Capable of intercepting and shooting-down a North Korean missile, and do so at will?

"According to Russian sources, the S-400 is capable of detecting and engaging targets out to a range of 400 km (250 miles), including aircraft, cruise missiles, and ballistic missiles" 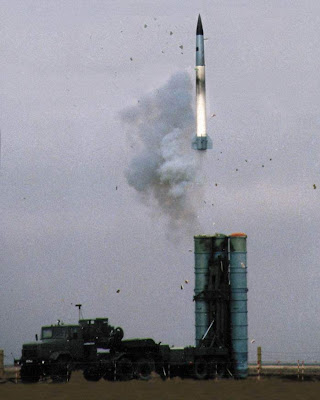 Russia does have a very small border area with North Korea, about fifty miles and no more. But does have populations living in the area who are aware of the tension and conflict existing on the Korean peninsula and are apprehensive that if war breaks out, it will spill over into their territory, endangering all!

And a missile off course, malfunctioning, debris falling out of the atmosphere, posing a threat to all? The North Koreans have not demonstrated a real good capacity for accurate and successful missile launches. The Russians have good reason to be worried?