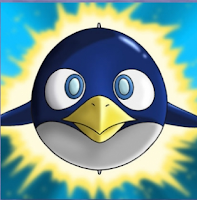 Courtesy Yahoo, Popular Mechanics and the article by Kyle Mizokami.

"The U.S. Navy's new Very Lightweight Torpedo (VLWT) will be both an offensive and defensive torpedo."

"The torpedo can attack submarines or torpedoes."

"Unlike previous lightweight torpedoes, the VLWT will be used by aircraft, surface ships, and submarines."

"Originally designed to protect aircraft carriers from incoming torpedoes, VLWT could be used by aircraft, surface ships, and even submarines. The weapon can be used both as an offensive weapon against enemy submarines, or a defensive one against inbound torpedoes."

THIS CONCEPT OF ANTI-TORPEDO TORPEDO HAD PREVIOUSLY BEEN TRIED BY THE U.S. NAVY BUT FOUND TO BE LACKING. NO MORE?