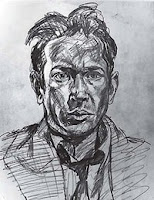 As seen at a previous blog entry:

"Abelard to a degree imitates the American poet e.e. Cummings. Deliberate distortion and breaking of the general rules of English as written but not so excessively so."

regarding the military service [?] of the famous American poet e.e. Cummings:

"in 1917, with the First World War ongoing in Europe, Cummings enlisted in the Norton-Harjes Ambulance Corps. On the boat to France, he met William Slater Brown and they would become friends. Due to an administrative error, Cummings and Brown did not receive an assignment for five weeks, a period they spent exploring Paris. Cummings fell in love with the city, to which he would return throughout his life."

"during their service in the ambulance corps, the two young writers sent letters home that drew the attention of the military censors. They were known to prefer the company of French soldiers over fellow ambulance drivers. The two openly expressed anti-war views; Cummings spoke of his lack of hatred for the Germans. On September 21, 1917, five months after starting his belated assignment, Cummings and William Slater Brown were arrested by the French military on suspicion of espionage and undesirable activities. They were held for three and a half months in a military detention camp at the Dépôt de Triage, in La Ferté-Macé, Orne, Normandy."

CUMMINGS HIS ATTITUDE TOWARD THE WAR CONSIDERED TO BE "UNDESIRABLE ACTIVITIES" HARDLY UNIQUE DURING THE GREAT WAR. PROBABLY MUCH MORE COMMON THAT THE PUBLIC WOULD LIKE TO HAVE THOUGHT. 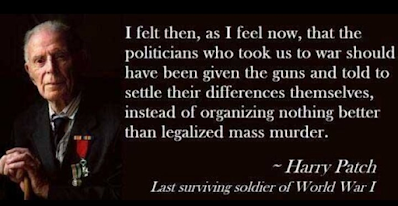