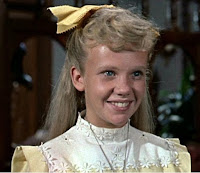 An extract with comment from the Internet web site Strategy Page:

"Wars Update: Myths To Die For"

"Despite the growing military power of China, and the saber rattling from Russia, the major military powers continue the GNC (Great Nuclear Ceasefire) that began in the 1950s, when Russia got nuclear weapons, and suddenly realized they could not afford to use them without risking more destruction than past foes like the Nazis, French or Mongols inflicted. As more countries got nukes, the 'we can't afford to use them, but they're nice to have' attitude, and the unprecedented truce, persisted. There have been wars, but not between the big players who have the largest and most destructive conventional forces. Because of the GNC a historical record was broken in 1986, as there had never before, since the modern state system developed in the 16th century, been so long a period without a war between major powers. That is, the kind that could afford, these days, to get nukes. Since the Cold War ended in 1991 there have been fewer wars, at least in the traditional sense, and the GNC holds. Not only have there been fewer wars since the 1950s but there has been a lot less poverty, especially since the Cold War . . . ended in the 1990 . . . At the end of the Cold War (late 1980s) 40 percent of the world population lived in destitution (extreme poverty) but three decades later that poverty rate is down to ten percent [10 % ]."

"The down side there are a lot more low-level rebellions and civil wars, but overall a lot less death, destruction and extreme poverty. Most people are unaware of this situation, because the mass media never made a lot of the GNC as it was something that was just there and not worth reporting."

* Without question [?] World War Three would have occurred a long time ago if nuclear weaponry did not exist. The experts all agree about this?

* Low-intensity rebellions and conflicts such as the First Congo War [and Second Congo War] deaths and destruction horrific and must be understood as so, even lacking heavy conventional military weaponry.