"The Sikorsky X2 is an experimental high-speed compound helicopter with coaxial rotors developed by the American aircraft manufacturer Sikorsky Aircraft."

"On 4 May 2009, Sikorsky unveiled a mock-up of a Light Tactical Helicopter derivative of the X2." 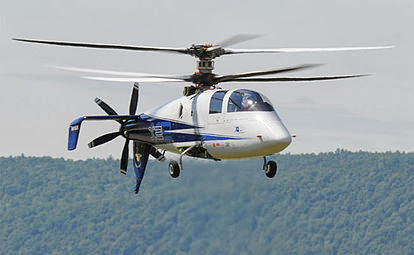 The Light Tactical Helicopter to be the replacement for the ancient but venerable OH-58. That two-seater observation helicopter ["loach"] even active during the Vietnam era.

Such "choppers" are possible with the smaller designs but scaling up is difficult? A devoted reader to the blog who knows helicopters and aviation is conversant in this matter?

See my previous blog entry regarding the X-2 European"high-speed" helicopter.