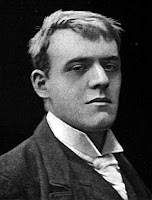 See these two items of interest from the Bionic Mosquito thanks to the tip from Lew Rockwell.

In the proverbial nutshell as it is now in Syria as it was nine-hundred years ago during the time of the First Crusade? Eternal truths as exist on the ground in the military context not so totally dissimilar to what is the situation today?

"The Battle for Syria"

"There ran down the edges of the desert a string of cities and their connecting road – Aleppo, Homs, Damascus…."

THAT AREA WEST OF THE LINE ALEPPO-HOMS-DAMASCUS REFERRED TO AS AL-SHAMS. THE LEVANT.

"As long as these cities remain in enemy [Muslim] hands, the seacoast (Lebanon and Israel) will not be secure.  But this isn’t a story taken from today’s age; so writes Hilaire Belloc in his book 'The Crusades: The World’s Debate', regarding the Holy Lands of Palestine.  It is curious to contemplate this perspective when considering more recent events."

"The Battle for Syria, Part II"

"I continue with Hilaire Belloc and his book 'The Crusades: The World’s Debate'.  Recall from my [Bionic Mosquito] previous post on this topic: Belloc offers that the Crusades might have been successful had the Crusaders taken the inland cities stretching from Aleppo to Damascus.  Had they done so, they would have separated the Moslem east from the Moslem west and at the same time protected the access to Jerusalem as well as their holdings along the coast of what is today Israel and Lebanon."

Those Crusader forces from the time of the First Crusade [1098] able to capture the coast line cities of the Levant but not able to seize and hold inland objectives as needed for long-term security. The Assad regime in Damascus with the help Russian air power now able to consolidate a defense that line of cities from Aleppo south to Damascus. Unassailable!!