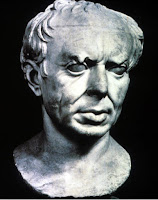 You find material for blog entries from the most interesting sources.

That symbol of the Jewish festival of Hannukah the menorah an object as paraded by the victorious Roman Legions and as portrayed on the Arch of Titus in the aftermath of the First Jewish War [66-70 A.D.]..

That menorah as taken from the Second Temple in Jerusalem reputedly covered with forty-three kilograms [about ninety-five pounds] of gold.

My thought was that the gold as covering the menorah might have compensated for Roman expenditures during the war, at least to some extent!

That payroll of the three Roman Legions Apollinaris, Macedonica, Fretensis.as having fought during the First Jewish War [66-70 A.D.] therefore: 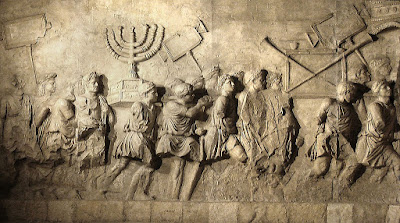 Roman troops parade displaying the spoils of war. Value of the menorah using the current dollar value of the metal about $1.5 million USD. 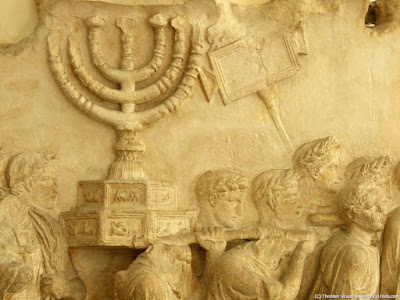 Close-up of the captured menorah. Seized when the Second Temple in Jerusalem destroyed.

My assumption appears to incorrect! Gold as taken from menorah the value of which only a small portion of Roman  during those four years of combat. War is never cheap?

Only particularly here am I interested in those three legions comprising the main striking force of the Roman. Apollinaris, Macedonica, Fretensis.

Be aware the Roman during the war had additional auxiliaries and allies fighting with them.

Their expense not a consideration for the purposes of this blog entry.