"According to a legend LaGG-abbreviated pilot was held in the mouth for 'guaranteed! Lacquered casket' in the coming, but this type of aircraft is calling during the war was not a universal phenomenon." 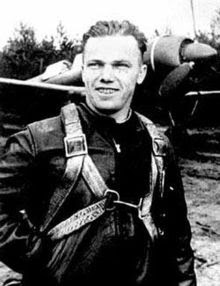 Ivan flying exclusively the Lavochkin series of warplanes, the La-5 and La-7.

"Marshal of Aviation Ivan Mykytovych Kozhedub . . . was a Soviet Ukrainian military aviator and a World War II fighter ace. . . . He is credited with 64 +2 (P-51) individual air victories, most of them flying the Lavochkin La-5."
. . . .

"Kozhedub holds the record for the highest number of confirmed air combat victories of any Soviet or Allied pilot (effectively the Allied "Ace of Aces") during World War II. He is regarded as the best Soviet flying ace of the war, and is associated with flying the Lavochkin La-7."

Those Lavochkin warplanes in the earliest form to include the LaGG not so superior in combat, having drawbacks, the later versions [La-5 & La-7] unqualified successes, Johannes Steinhoff having both admiration and respect for the design.

This prominent Soviet aviator also from the period of WW2 we cannot forget.

Pokryshkin. Also an impressive number of "shoot-downs", Alexander having fought most valiantly through thick of the fray on the Eastern Front.

"Alexander Ivanovich Pokryshkin . . . was a Marshal of the Soviet Air Force. He was made a Hero of the Soviet Union on three separate occasions" 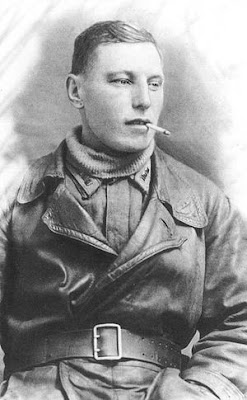 That predominant number of "shoot-downs" awarded to Pokryshkin accomplished while flying the American P-39 Air Cobra.

The Air Cobra not a favorite of American combat pilots, the warplane not possessing a turbo-charger, the P-39 not so effective ABOVE an altitude of 8,000 feet [2,500 meters].

That Air Cobra as used by Soviet pilots when flown to maximize advantage and minimize disadvantage an effective warplane.

"Soviet pilots liked this aircraft, and found it quite competitive with the Messerschmitt Bf-109 and superior to the Focke-Wulf FW-190 at the low air combat altitudes common on the Eastern Front. Pokryshkin really enjoyed the 37mm cannon's destructive firepower, and the 2 upper nose-mounted .50 caliber machine guns, synchronized to fire through the propeller (airscrew), in addition to the pair of .30 caliber machine guns mounted in each wing, outside the propeller arc and therefore unsynchronized."

Pilots such as Kozhedub and Pokryshkin were naturals? Combat aviators head and shoulders above the rest NOT MATTER WHAT TYPE OF FIGHTER PLANE THEY FLEW?

Soviet ace flew one machine with the motor plate was painted red.
I on the side of the machine name, in large letters (about 1942-1943).
This pilot field activities disrupted the Finnish Karelian Isthmus.
Drove close to the surface of the field, and cannon fire
The plane was La-5 (round nose).
Finnish pilot shot down (this pilot) the Brewster machine.

Soviet attack formations (especially the Northern Fleet) were collected from several units. This severe loss disaster strikes the item did not relate to the same unit, but the "loss of the compensation system," a result of the fighting spirit was preferred, because of the assumption, if your own loss is great, the enemy's loss is also great.