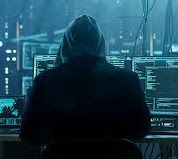 This was a new one on me. The devoted reader to the blog also?

From the Strategy Page Internet forum the question as posed by contributor E.

"'Lately I've been hearing a lot of talk of WME in certain circles, while the rest of the world still chugs away with WMD. Which is more appropriate? or are both useful in their context, and some folks are just confusing the issue?'" - - E.