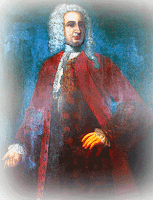 "Washington apparently never read for pleasure or for the sake of learning, but rather he structured his reading to his needs, and aptly characterizes this approach using the apt phrase 'pursuing useful knowledge'."

"As a regimental commander in the Virginia militia during the Seven Years’ War, he read widely in drill manuals and military handbooks, as appropriate to his rank . . . Upon being named commander-in-chief of the Continental Army, Washington procured a number of important works on army organization and military history, to acquire an understanding of strategy and, apparently, logistics."

Thanks to the Strategy Page CIC article # 220 by Professor Al Nofi and additionally his book review.

In order, the books Washington recommended were:

• "Humphrey Bland, Treatise of Military Discipline: In Which Is Laid Down the Duties of the Officer and the Soldier"

• "Turpin de Crisse, An Essay on the Art of War"

• "Roger Stevenson, Military Instructions for Officers Detached in the Field"

• "Louis de Jeney, The Partisan: or, The Art of Making War in Detachment"

• "William Young, Essays on the Command of Small Detachments"

NOT merely books that deal with FIGHTING A WAR [tactics] BUT those measures as to be taken by officers to constitute, maintain and sustain a combat force during a time of war, EVEN when not in actual contact with an enemy!!