Surely during the Second World War [WW2] and also to an extent during the Great War [WW1] the German fond of the "Cult of the Ace". That soldier, airman, or sailor demonstrating the highest form of excellence in combat, head and shoulders even above all others.

"the Nazis sought a new configuration of the relationship between fighting man and machine . . . One significant example of this was Nazi Germany’s mode of tank warfare. In particular, one can look to their encouragement and promotion of the ‘tank ace’, (no less important were Luftwaffe and U-boat aces), as a prime example of German skill, technical proficiency, mastery of the machine, and, indeed, the merging of the human/machine into a new and unbeatable elite fighting combatant."

Example of the "The Ace" to include but not limited to: 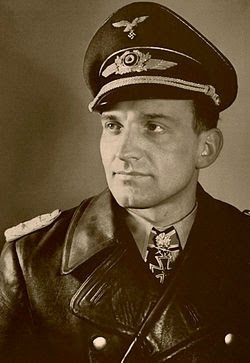 Hans Ulrich Rudel. Perhaps the greatest combat aviator of all time and always will be! Put the big time hurt to the Soviet during WW2. Not a fighter pilot but rather a tactical aviation practitioner, a Stuka pilot of the highest order without peer. The German had to even create a special medal to honor this man for his actions. A man haughty in bearing, immaculately attired and turned out, comportment not lacking for a second. 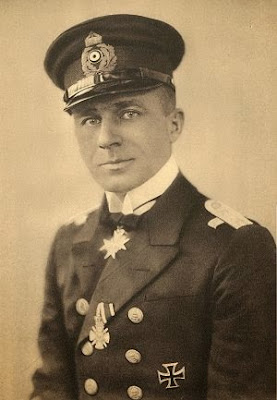 Lothar von Arnaud de la Periere. German naval officer of the WW1 era. The greatest submarine ace of all time and probably always will be. A man of noble [?] rank with also that haughty appearance but without question merited and earned, not given . As with Rudel, immaculately attired and turned out, bearing and demeanor as fitting for a man having been awarded the highest decorations for combat action. 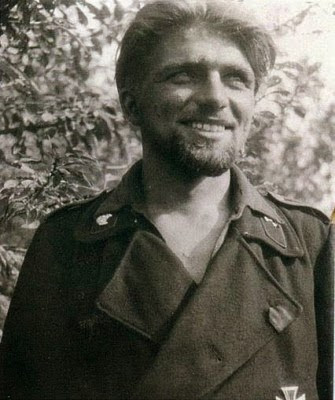 And now we have Kurt Knispel. The greatest tank ace of all time and probably always will be. A non-commissioned officer of unconventional ability and also demeanor. Note the long hair, the goatee, the somewhat slovenly kept uniform. Even with that most outstanding of combat achievements his very appearance and attitude precluding further decorations and awards. Recognize this man at all time however as an enlisted combat soldier of the greatest accomplishment. Sadly the man did not survive the war.

Even for the ace the combined military might of the British Empire, the Soviet Union and the United States proved to be too much!! Overwhelming force of the anti-fascist coalition beyond redemption, the obstacles and odds as confronting the German military man too great.