The United States Air Force [USAF] able to employ a variety of precision guided munitions to accomplish the mission.

Warplanes such as the AC-130 and various UAV such as Predator, Reaper, Avenger all able to carry and use in combat munitions highly reliant on global positioning system [GPS] guidance.

Ordnance to include but not strictly limited to:

* Griffin. "It can be guided either by a semi-active laser seeker or guided with GPS".

GPS guidance in some circumstances the coordinates to a target as measured in CENTIMETERS of accuracy!!

A variety of methods available to obtain such precision guidance of which RTK is only one.

"How does RTK work?"

"Data from the Base Station (either raw GPS data or RTK corrections; there are different RTK approaches) is sent in real time via radio to the Rover.  With a sufficient number of common satellites visible at both GPS antennas, a 'FIXED' solution of centimeter-level precision can be calculated." 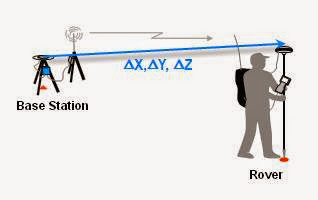 RTK is merely one of a variety of methods available to obtain CENTIMETER LEVEL ACCURACY PRECISENESS FOR GPS!

That "base station" with transmitter on the ground thanks to the efforts I might suppose of a special operations type unit such as ANGLICO!

Even ANGLICO or similar type behind-the-lines element determining THEIR position again to that centimeter-level degree of accuracy and using laser range-finder to establish a line of bearing and distance to a fleeting target, that too can be used for GPS terminal guidance.