Yet one more instance of the military jet trainer aircraft that can be also used as a multi-role combat warplane.

Only two years from a concept on paper to a fly-able aircraft. Remarkable.

"Fighter jets, like the Lockheed F-35, are becoming increasingly expensive. Is it possible to make something much cheaper?" 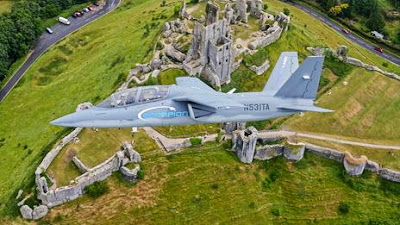 Nice looking airplane. The Textron Scorpion. A trainer but also having the possibility of a multi-role combat warplane. NOT supersonic but adequate? On demand can be fitted with a variety of weaponry.
"Textron aren’t the only ones creating the tech to address this issue. The single jet fighter JF-17 is a Chinese design, currently being built in collaboration with its sole export customer, Pakistan, and is said to be available for around the same per-plane price of US$20m."

"Meanwhile, a Russian design, the Yak-130, has also been touted as a low-cost plane to carry
out everything from air combat to reconnaissance, as well as train pilots."

That list of lightweight combat warplanes having the dual role to include:

See my previous blog entry with the comment from an acknowledged aviation expert, the versatility and effectiveness of such dual purpose aviation questioned!