Here also another man most controversial. From that era of the Great War [WW1].

NOT a military man but within the context of the Great War, the Irish Easter Rebellion, and connivance with Imperial Germany, a personality the military dimension of which is clear.

English diplomat from the British elite and knighted for his humanitarian works.

Also in secret an Irish nationalist and fomenter of rebellion and war. 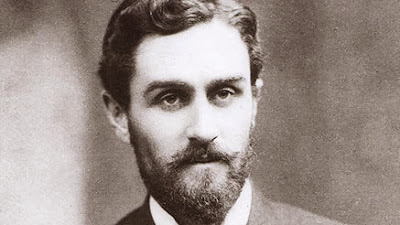 As with Fawz el-Kaukji in all likelihood Sir Roger not an adherent to the German cause, but it league with same nonetheless. "The enemy of my enemy is my friend".

As with John Amery during the Second World War [WW2] Sir Roger attempting first to recruit and organize a military unit of Irishmen, prisoners-of-war as held by the Germans. Irishmen willing and able to join forces against what was perceived as the English oppressor.

A recruitment effort that was for naught, only ONE POW volunteering his services to the German cause. As it was with John Amery so before was it also with Sir Roger.

Sir Roger then hoping to smuggle large numbers of German arms into Ireland via submarine. Raise and army and fight a guerrilla war. Once more, in league with the German and detrimental to the British war effort.

Arms shipments that were sent to the Irish nationalists by the German paltry and insignificant, almost non-existent.

Sir Roger in the aftermath of the failed Easter Rebellion captured, tried and hung. Roger Casement executed as was John Amery will all due speed.

Sir Roger his knighthood having been taken away of course.

Roger Casement to this very day almost one hundred years later a subject of controversy.

Roger a humanitarian without doubt but as a practitioner of grand strategy, a recruiter, organizer, and guerrilla leader a failure to be sure.