Here from various Internet web sites some images of anti-aircraft-artillery from that period of the Great War [WW1].

The weapon of choice for the most part a rapid-firing high velocity field gun of three inch [75 mm] bore mounted on a truck of a carriage in such a manner so that the barrel can be elevated to an almost vertical position.

Ad hoc field expedient designs the development of which should be understood in a constant state of flux for the entire time of the conflict. 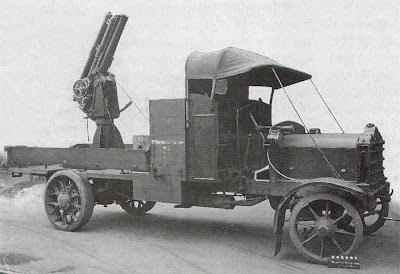 A British truck [lorry] with a three-inch [75 mm] gun mounted. 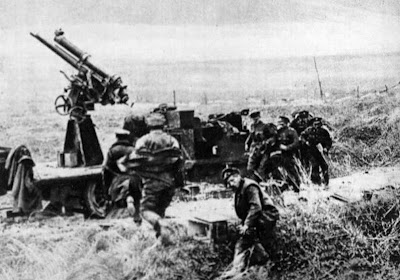 Canadian troops so says the caption servicing and operating a AAA piece circa 1918.

This too caught my attention. Used by the English and German both but found to be wanting [?] is the 37 mm auto-cannon! 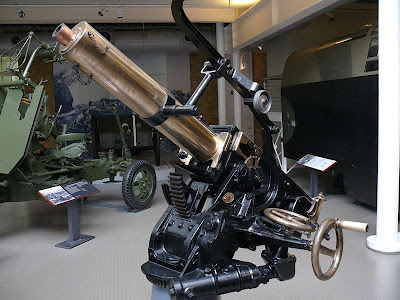 First an innovation pre-war and intended to be used against massed formations of ground troops but put into service as an expedient AAA piece.

NOT favored for some reason?

I would have thought a mass of these guns in an assemblage firing all-at-once on the same target could have put a "wall of steel" into the path of an approaching enemy aircraft, considerations of height, distance, etc., being minimized. The ideal solution to the AAA problem?

This was not the case? 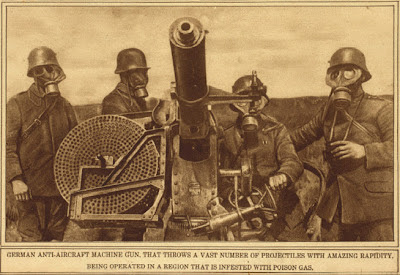 Heavy [?] machine guns [MG] mounted on poles too were used in the latter days of the conflict again as expedient weaponry, defense against ground strafing combat aircraft. I am thinking of machine guns of 12.7 mm [50 caliber] and such! Lewis guns of the .303 caliber perhaps more favored for the close-quarters AAA mission?