“'your country has this system to analyze' e-mail for keywords."

Lemme' tell you bout' the story of a man named Kuok!

Red Chinese espionage once again alive and well in the U.S. Thanks here to Wired!

And once again - - too, the trademark characteristic signature of the Chinese intelligence services. Dealing only with their own citizens, Chinese nationals or ethnic Chinese!!

"A Chinese national was indicted this week . . . following a nearly three-year investigation into his alleged efforts to acquire sensitive military and NSA-encryption gear"

"Chi Tong Kuok, of Macau, told Defense Department and Customs investigators that he had been 'acting at the direction of officials for the People’s Republic of China,'"

This Kuok had been "tasked" to "hunt" for CRYPTO gear. Those items used to secure American communications and non-communications emitters!! This guy knew what to look for and was also very wary of American counter-intelligence as well!!

Those items of crypto secure gear [among others] that Kuok was after included:

* "a GPS receiver with anti-spoofing defenses"

* "a KG-175 TACLANE — an NSA designed encryption device used to communicate with classified military computer networks, such as the Defense Department’s SIPRNet" 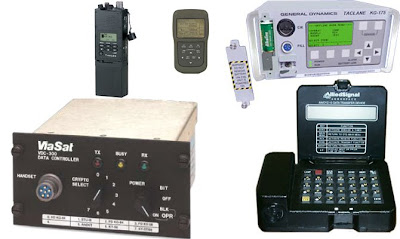 Three years the FBI had their sights on Kuok! Good old Kuok. A long-term in a SuperMax will do him good. Is that what they do with spies nowadays?