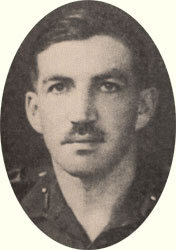 "These boots are made for walking [stompin'], and that's just what they'll do - - one of these days these boots are gonna walk [stomp] all over you" - - Nancy Sinatra.

Here is described an instance of close-quarters-combat where combat boots made the decisive difference. A man, knowing how to fight and mix it up with the entire body, fists, feet [with boots], elbows, etc. A fight to the death between two military men, only one of which will emerge alive!!

Very reminiscent of how a close-quarters-combat trench raid battle during World War One [WW1] must have transpired. Combatants using all the resources at their immediate disposal to vanquish an opponent.

"boots are for combat both to cover terrain and for military close combat. The late Mad Mike Calvert of British SAS [and Chindit for that matter] fame killed a Jiu Jitsu trained Japanese officer in an encounter in a river and he attributed wearing his boots while bathing in that river while his Japanese enemy was bare footed as giving him a considerable advantage."

Here is how the actual event when down:

"Mike Calvert . . . he reports in his biography how he kills a Japanese officer in a river. They both wanted to take a bath and did not recognise each other until they were both nude in the river. It came to a fight and Calvert knocked the Japanese down and drowned him..."

"James Michael Calvert . . . was a British soldier involved in special operations in World War II. The degree to which he led very risky attacks in person led to him becoming widely known as 'Mad Mike'."

Led "very risky attacks in person". Very risky attacks that involved close-quarters-combat, of the rifle butt, bayonet, fists and boots variety. This all from a man who was of general officer rank!!

"he led a bayonet charge which degenerated into a free-for-all, which Calvert later described as 'just like an officers' mess guest night'".

A man, even as a general officer [thirty years of age only!!], ideally suited to lead "very risky attacks in person"!!

"for a time was the Army's [British] middleweight boxing champion." This guy could fight in a variety of ways, and was not afraid to mix in up at close quarters. Perhaps even relished doing so.

A personal confrontation and hand-to-hand combat on the field of battle between two officers, adversaries, at close-quarters, IS TOTALLY UNHEARD OF!!

Here is described an instance of close-quarters-combat where combat boots made the decisive difference. A man, knowing how to fight and ... combat-bootsmenmilitary.blogspot.com