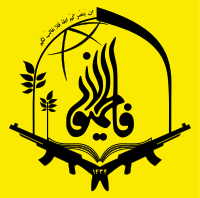 Now the PROXIES of foreign interventionists go home. And what awaits them?

THE HAZARA OF AFGHAN!

"The Return Of Pro-Iranian Militia Fighters To Afghanistan Fuels Fears In Kabul, Washington"

"When Syria’s civil war erupted, Iran’s powerful Islamic Revolutionary Guards Corps (IRGC) recruited, trained, and deployed thousands of Shi’ite fighters to prop up the regime of President Bashar al-Assad. Among them was the Fatemiyoun Brigade, comprised mainly of Afghans from the country's Shi'ite Hazara minority."

Hazara predominantly Shia Muslims in a nation [Afghan] of predominantly Sunnia Muslims. Hazara to a degree outcasts, despised and discriminated against in their own land. Reputed to be descendants of the army of Genghis Khan. Recruited by the Iran to fight as proxies in the Syrian Civil War. Their role in the fighting now at and end. How they will be received a question that remains to be answered.