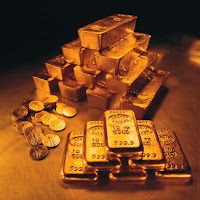 Got Gold? Hoax? Fake news? Fooled you? Shame on you?

The Hidden Gold of Egon? Egon knows. If he ever existed.

The hidden treasure of gold. Hidden or gone missing during a time of war. Long-lost loot never found but constantly being searched for.

1. "'No One by That Name in SS': Historian Pokes Holes in 'Nazi Gold Diary' Story"

"Earlier, treasure seekers around the world were intrigued following media reports that the diary of an SS officer said to contain clues about the location of millions of dollars' worth of Nazi loot was discovered after being hidden away in a Freemasons lodge in Germany."

"The 'diary of SS Officer Egon Ollenhauer' said to contain details of a special operation approved by Adolf Hitler to hide some 260 truckloads of gold bars, coins, valuables and priceless artwork at nearly a dozen discreet locations across Poland in the closing months of World War 2 simply isn't credible"

FIFTY TONS OF GOLD NO LESS! CURRENT MARKET VALUE ABOUT $ TWO BILLION USD! A TIDY SUM AS THEY SAY!

"Information from local sources said that US army helicopters have already transported the gold bullions under cover of darkness on Sunday [February 24th], before transporting them to the United States."

"The sources said that tens of tons that Daesh [Islamic State] had been keeping in their last hotbed in al-Baghouz area in Deir Ezzor countryside have been handed to the Americans, adding up to other tons of gold that Americans have found in other hideouts for Daesh, making the total amount of gold taken by the Americans to the US around 50 tons"