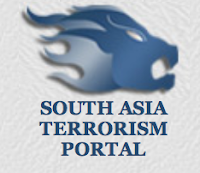 From the South Asia Terrorism Portal as reported the crisis between India and Pakistan as you might well imagine a topic of concern. As copied in entirety and thanks to the Portal:

"Indian Air Force (IAF) on February 26 carried out pre-dawn air strikes pounding Jaish-e-Mohammed (JeM)’s biggest training camp at Balakote in Khyber Pakhtunkhwa Province of Pakistan, about 80 kilometers deep inside Pakistan from the Line of Control (LoC), killing over 350 terrorists including top ‘commanders’ of JeM, trainers and recruits, reports Daily Excelsior. According to the reports the militants were sleeping in ‘five-star’ facility equipped terror camp when the fighter jets pounded it with laser guided bombs weighing over 1000 kilograms [2,000 pounds]."

FIVE-STAR FACILITY? RAID ATTACKING A CAMP AS REPORTED EIGHTY KILOMETERS BEYOND THE BORDER WOULD INDICATE THIS WAS AN ATTACK PERHAPS NOT USING SPICE MUNITIONS?