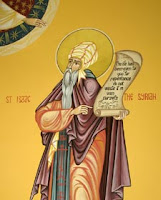 "The Russian Orthodox Church expressed regret over a choir performance that featured a satirical Soviet-era song describing a nuclear attack on the United States in the midst of heightened tensions between Washington and Moscow. The Feb. 23 performance by the St. Petersburg Concert Choir at the historic St. Isaac’s Cathedral attracted widespread attention after it was posted on social media."

TOO LATE. THIS ACTION WAS DELIBERATE, PROVOCATIVE, MALICIOUS AND DONE WITH RELISH. VERY SAD! EVEN I MIGHT VENTURE DONE WITH APPROVAL FROM POWERS ON HIGH AND NOT GOD EITHER.

AT WHAT WOULD ST. ISAAC SAY??