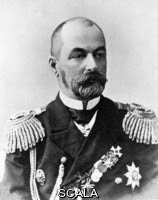 Again from the latest edition of the DEBKAfile newsletter as from only a short while ago that contingent of Russian warships having now passed through the English channel en route to Syria BEING REFUSED REFUELING RIGHTS BY THE SPANISH!!

"Russian warships heading for Syria were apparently refused refueling permission at . . . Spain's North African port of Ceuta Wednesday after the UK raised concerns. Prime Minister Theresa May's spokesperson said that the British government will continue to monitor the situation. NATO expressed concern that the ships could be used to help bomb civilians in Aleppo, but said the final decision on resupply rested with Spain. The Kuznetsov battle group has been sailing for the past week from Russia via the English Channel to the Mediterranean. It was expected to pass through the Strait of Gibraltar on Wednesday and take on fuel and supplies at Ceuta."

NOTHING LIKE THIS HAS OCCURRED SINCE THE RUSSO-JAPANESE WAR OF 1905!