The Russian having at his disposal a whole host of anti-ship missile systems that have an application for coastal defense and as essential to same. Conventiaonal tube artillery and long-range anti-ship missiles complementing one another. 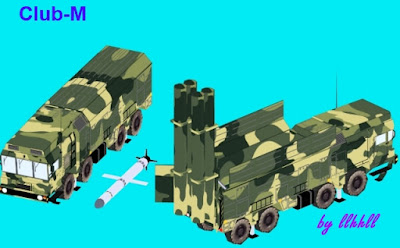 According to variant, the length of the missile about seven meters [21 feet].

"The Kalibr . . . missile system are Russian land-attack cruise missile, anti-ship missile and anti-submarine missile . . . The 3M-54, 3M-54E, 3M-54TE and 3M-54AE have a second stage that performs a supersonic sprint in the terminal approach to the target, reducing the time that target's defense systems have to react. The 3M-54E1 only travels at subsonic speeds during its entire flight, though range is longer than that of the supersonic versions accordingly."

See a You Tube video of a Club-M in action. 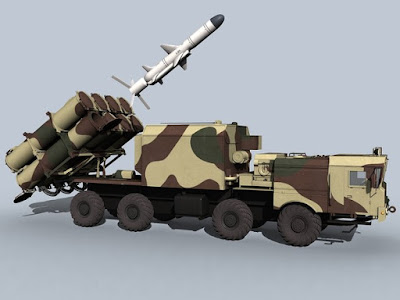 Length of the Bal-E missile about four meters [12 feet]

"The . . . missile can also be launched from helicopters, surface ships and coastal defense batteries with the help of a rocket booster"

See a You Tube video of a Bal-E in action.

"The main role of the Bastion-P is to engage surface ships including carrier battle groups, convoys, and landing craft . . . The missiles used by the Bastion-P is the P-800 Oniks, a supersonic anti-ship missile with a 200–250 kg (440–550 lb) warhead. They are fired vertically from the launchers using a solid-fuel rocket booster for initial acceleration, then use a liquid-fuel ramjet for sustained cruising at Mach 2.5. . . . the missile can fly to an altitude of 14,000 m (46,000 ft) before descending to sea-skimming altitude of 5 m at the final stage"

A Bastion being fired from a coastal defense missile firing unit.

See a You Tube video of a Bastion in action.

"The basic version of the missile was an inertially-guided submarine-launched cruise missile to threaten the US coast." 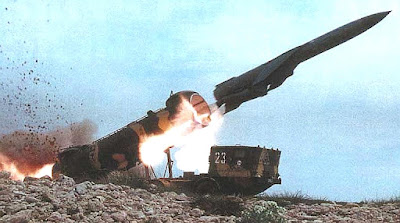 A Sepal as being fired. Previous image for item # 4 mistakenly identified was of a 4K51.

"The P-5 . . . also known by the NATO codename SS-N-3C Shaddock, was a Cold War era turbojet-powered cruise missile of the Soviet Union"

"There [are] also land-based versions of these missiles transported in and launched from an eight-wheel truck . . . as coastal defense missiles. These were designated SPU-35V 'Redut' or NATO 'SSC-1 Sepal'".

Rubezh firing an improved version of the ancient but venerable Styx anti-ship missile. 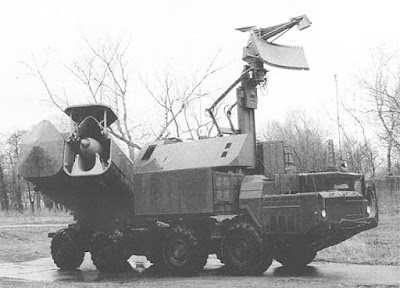 "The 4K51 Rubezh system is a coastal defense system of Russian origin. It is best known by its NATO designation SS-C-3 Styx. The 4K51 is a much less complex design than the previous SS-C-1 Sepal and SS-C-2 Samlet."

"For a coastal defense system the 4K51 uses surprisingly little components. All subsystems are fitted onto one vehicle."

". . . The 4K51 can operate autonomously using its own radar to detect and track targets. However, it is mostly used in conjunction with other means of detection, such as land based radars or aircraft".

Quite an impressive array of anti-ship missile systems for coastal defense, isn't it? NO SUCH capability exists in the American inventory? Coastal defense as that term traditionally and historically understood a totally neglected aspect of American national defense?